How I Got to Intern for Ron McKeefery: Be Prepared and Put yourself out there

In March of 2020, at the beginning of the Covid-19 era, I knew I was returning home to Calgary in the summer but didn’t quite have a job sorted out. There seemed to be a couple of retail jobs here and there, but all I wanted to do was pursue my goal of being a great strength coach. The bowl cut that my brother hilariously gave me at the start of quarantine didn’t help in job interviews, surprisingly enough. Looking far and wide, it didn’t take long for me to see this was going to be tough. Being a first-year university student with no connections in the field isn’t a great way to begin a job hunt in a “who you know” industry. 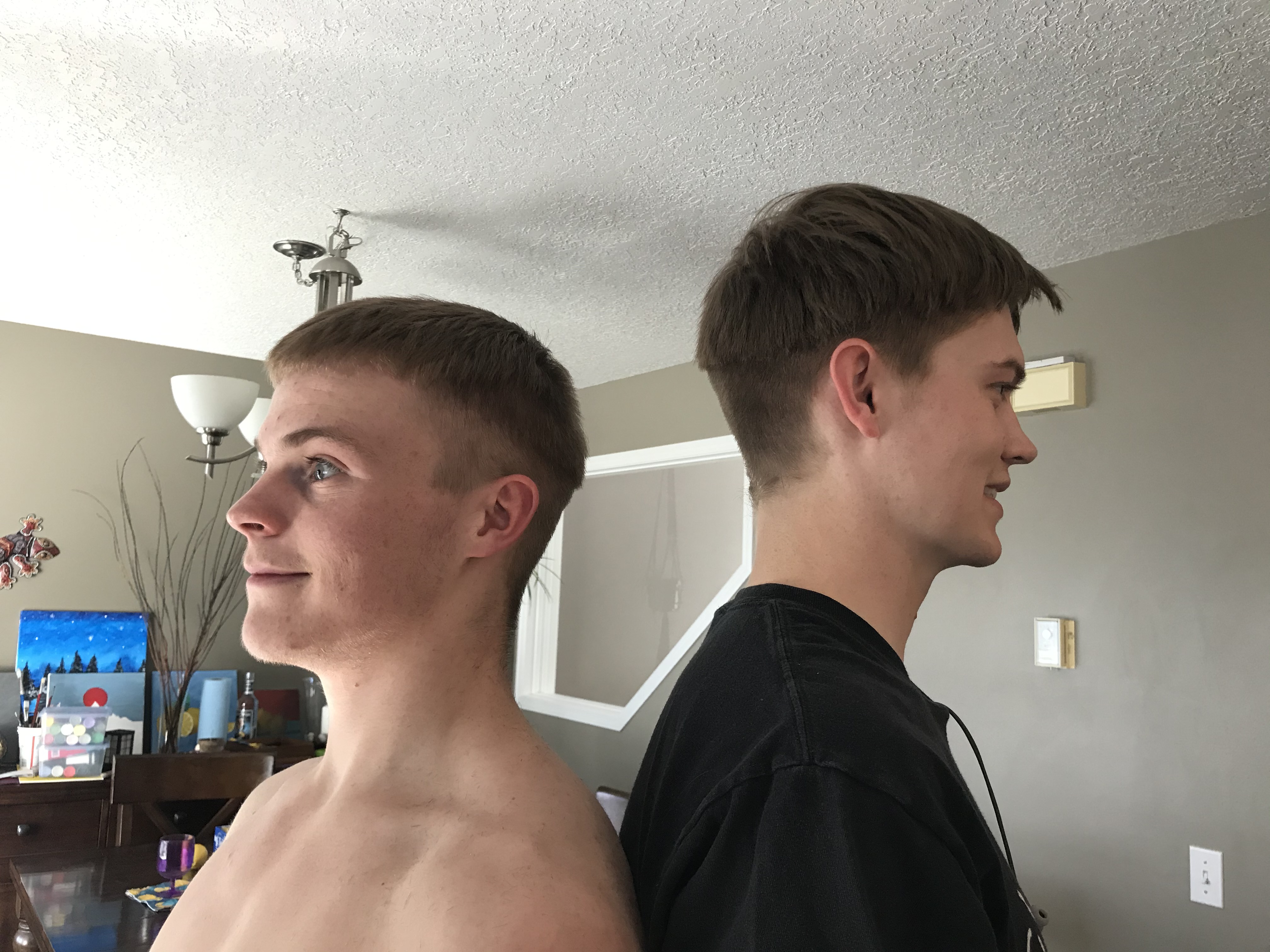 That’s when one day, after scrolling through Instagram, searching through the thick of the Edmonton Oilers jokes (I mean… they practically write themselves), the golden ticket appeared on my phone. As a long-time follower of Coach Ron McKeefery’s social media accounts and a huge fan of his work, I knew I had to send him my resume when he posted a photo looking for interns to come down to Fresno, California to work with his football team. When I first sent him my resume, I was confident. I had a previous coaching resume already made up that followed HIS super specific instructions from a video series he made a while back (golden video by the way for any coach in the field or looking to apply for a related job, click here to check it out), and to be honest, I didn’t expect him to even consider a lower year student with barely any coaching experience, let alone get the job and go to California for the summer. 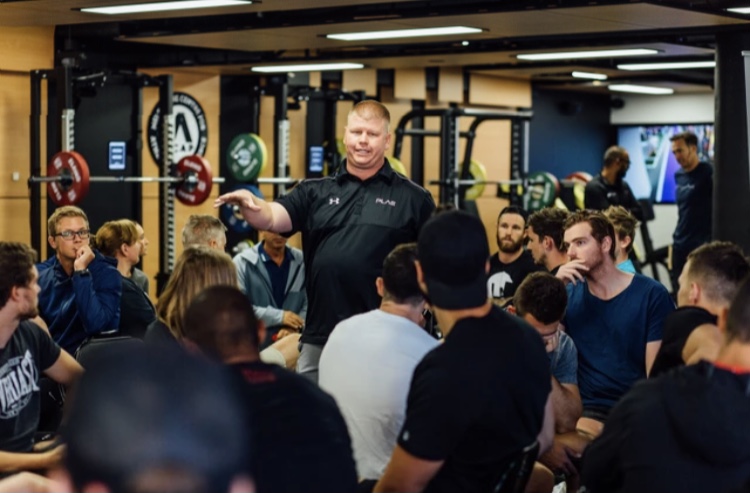 The very next day, being the professional he is, Coach Mac emailed me back saying the interview process will begin soon. I would be lying if I said I didn’t have to switch my pants after hearing that I would be questioned thoroughly in the coming hours. I have read countless S&C related books and spent way too many hours on YouTube listening and watching different coaches share their knowledge, but to be put in an interview situation was incredibly scary. I thought about emailing back and saying I wasn’t interested anymore, but I knew I wouldn’t be able to look myself in the mirror ever again if I did. It was one of the most uncomfortable, deer in the headlights moments of my young life, but I am still super grateful that I did end up following through, and more importantly that Coach Mckeefery gave me a chance.

After my beautiful brain screwed up the time zone conversion of Pacific to Mountain (Thank God I was on the early end of that one), I finally dove into the interview process, first up with one of the graduate assistants that was heavily involved in football operations. I’m sure that Henry Adelman could hear the nervousness in my voice. He was my first ever interview for a real coaching position.

I caught myself dabbing the sweat off of my brow with my prized handkerchief a couple of times (not really, but it seems like a good way to make the story more dramatic). Henry’s cool, super friendly demeanour helped me feel more comfortable. The beginning of the interview was a combination of him telling me that everybody else applying has about 5 years of schooling and coaching experience on me and it will be a super difficult program for me, paired with me pretty much begging, pleading my case that I will put in an extraordinary amount of work to make the most of the opportunity. He thankfully decided to hear me out, and after about an hour of talking about lifting heavy things up and then putting them down, he recognized that I was fairly well-read on a variety of different learning philosophies, as well as everything that Coach Mac has released.

I spoke mostly off of my experience training as a university volleyball player, bringing about some different training methods than the football team Henry is used to coaching. I hope using my own experience played to my advantage, but I guess I could have easily lost respect points for playing a sport that doesn’t involve getting hit by refrigerators every play. Either way, I am super grateful to Henry Adelman for his influential voice in the process of getting hired and helping me settle into this field. Henry now works at the University of Tennessee, but we stay connected through his Instagram.

I believe the reason I got an offer to intern for Coach Mac was the answer I gave to one particular question asked by one of the assistant coaches, who was the second interviewer. Ron McKeefery tells a story in his book, CEO Strength Coach, about his first-ever coaching interview when got thrown a curveball by the interviewer.

He was told to define strength. Something so simple, but something he couldn’t think of off the top of his head. He searched his prep notes frantically, but couldn’t find it anywhere. He struggled to come up with a good answer and left the interview puzzled. I figured that Mckeefery would eventually want to get his revenge as an interviewer by asking this question to potential interns, so I studied for it.

I was right and managed to come up with the answer word for word, leaving a rather good impression on the team of interviewers. I had done my research and knew what to expect. I could finally feel some of my hard work beginning to pay off. This valuable moment also taught me that if I am going to insert something into my program, I need to know exactly what it is and why I am doing it. The definition of strength, in case you were wondering, is: “The ability of the neuromuscular system to produce force.” 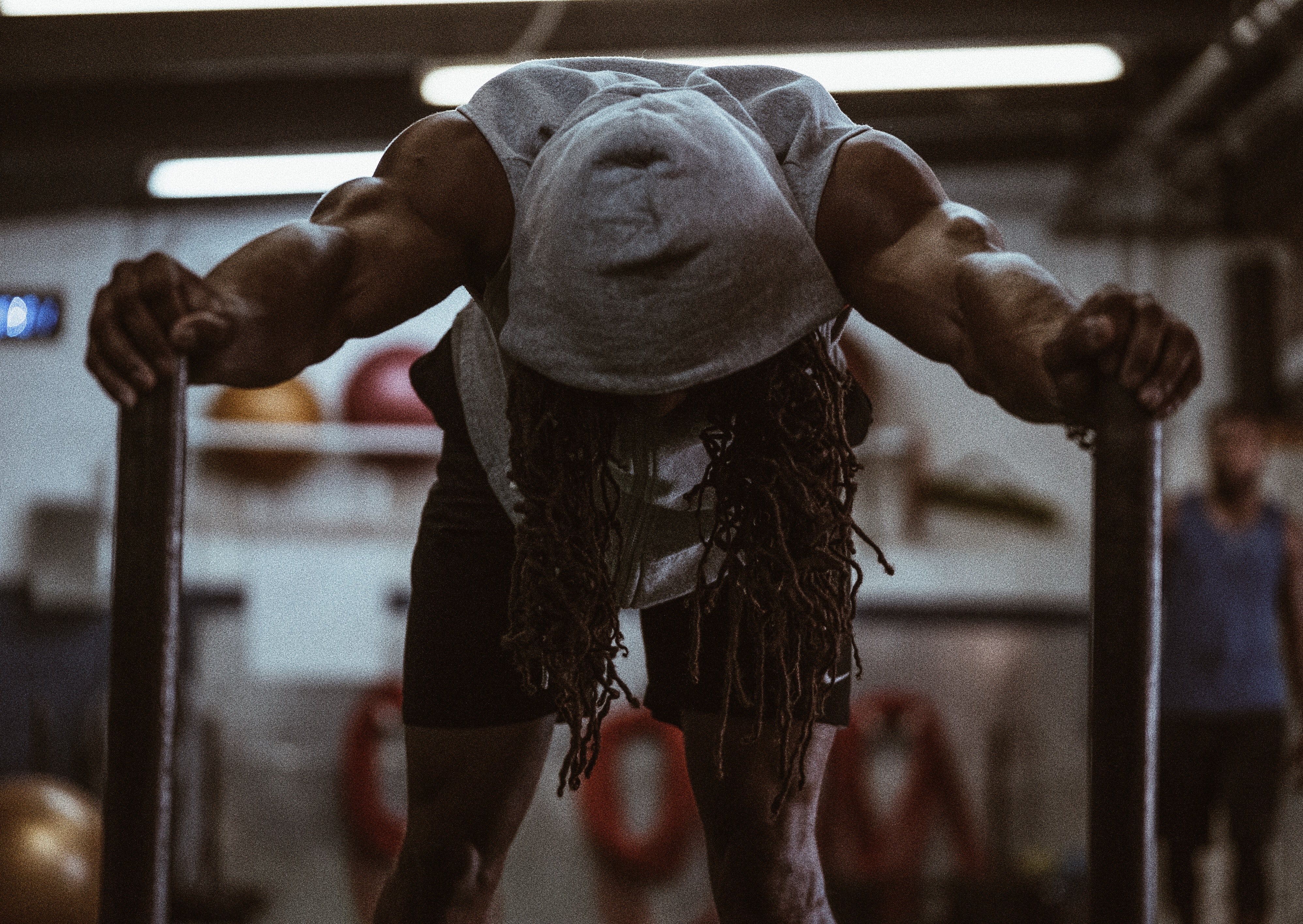 “If I was going to put something into my program, I needed to know the exact definition and had to fully understand it.” -Ron McKeefery in his book, CEO Strength Coach

Be Prepared and Strike When Opportunity Arises

Even though COVID-19 had other plans for me, resulting in the internship taking place online, rather than in sunny California, I never would have learned the things I did or met the amazing group of coaches that I got to spend tons of valuable time with (on Zoom) if I didn’t do my research on Coach Mac. Pair that with countless hours of learning about new coaching methods, as well as my decision to throw myself in front of the bus and get comfortable being uncomfortable, and I was in a position where I could find success.

I will dive into tons of the lessons I learned from Ron McKeefery in future blog posts, but perhaps some of the most important ones came from putting myself out in the unknown and watching what happened. Nobody was forcing me to put myself in a difficult situation, where I would go without seeing family and friends for long periods of time, but I look back and am so grateful that I did it anyway. I now have a great network of respected coaches and an improved knowledge of S&C (still have TONS to learn) to go along with having one of the greatest, most widely recognized strength coaches in my corner. I am forever indebted to Coach Mac and will work tirelessly to do him proud as a mentor. Hard work always pays off, and if you are willing to put it in, you will undoubtedly get rewarded in some form. 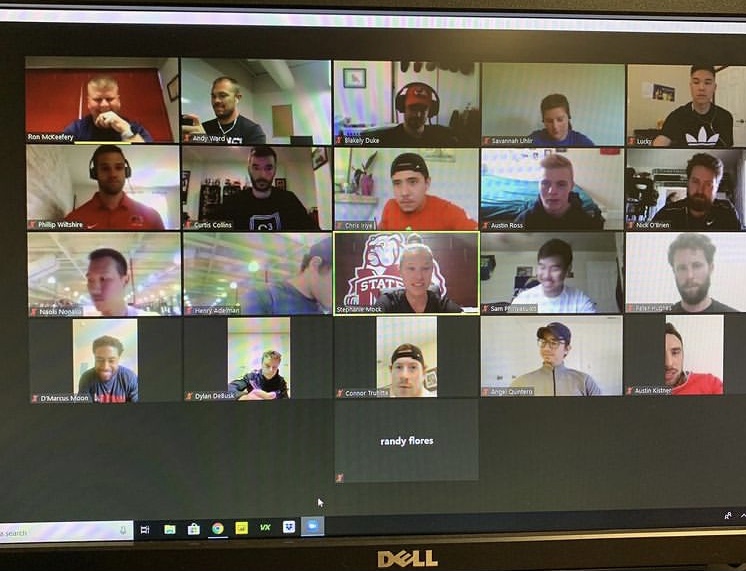 Who is Coach Ozzy?

Why We Named Our Company Sled Dog Development

How a Powerlist Will Change The Way You Attack Each Day