Ubuntu is defined by Liberian peace activist Leymah Gbowee as “I am what I am because of who we all are."

Archbishop Desmond Tutu in his book No Future Without Forgiveness defined a person with Ubuntu as someone who is “open and available to others, affirming of others, does not feel threatened that others are able and good, based from a proper self-assurance that comes from knowing that he or she belongs in a greater whole…”

In other words, I am doing better because you are doing better, your success is my success, and your failures are my failures.

Following the repealing of apartheid in 1991, South Africa’s first democratically elected President Nelson Mandela sought to repair the decades of divide in the country and began to promote this idea of Ubuntu.

Mandela laid out his thoughts on Ubuntu in an interview with Tim Modise,

"In the old days when we were young, a traveller through a country would stop at a village, and he didn't have to ask for food or for water: once he stops, the people give him food, entertain him. That is one aspect of Ubuntu, but it will have various aspects. Ubuntu does not mean that people should not enrich themselves. The question therefore is, are you going to do so in order to enable the community around you, and enable it to improve? These are the important things in life. And if one can do that, you have done something very important which will be appreciated."

Mandela’s government began to promote the idea of Ubuntu and its influence played a crucial role in the unification of South Africa. The influence of this philosophy on these efforts to unify is evident in the fact that the term appeared in the nation’s Interim Constitution of 1993. “There is a need for understanding but not for vengeance, a need for reparation but not for retaliation, a need for ubuntu but not for victimization.”

The Ubuntu philosophy is still present in South Africa today. The government continues to promote this idea of community and unity and the people of South Africa still cherish the principle as a central tenet of who South Africans are.

Doc Rivers was presented with one of the most difficult challenges in his coaching career. Following a trade in May 2007 for Ray Allen and a blockbuster trade the next month for superstar Kevin Garnett the 46-year-old coach was in charge of one of the most talented rosters of all time. It was up to him to channel that talent into championships and the pressure was on.

So what do you do when you’re confronted with three players who had previously been the stars of their teams, had always been the ones to take the game-winning shots?

Coach Rivers decided to introduce them to the principle of Ubuntu. He brought in speakers who instilled in the players an understanding of Ubuntu and the importance it had played in South Africa. He constantly emphasized to the players that they succeeded when their teammates succeeded.

When Ray Allen hit a game-winner Pierce and Garnett didn’t pout for not getting the chance to take the shot, they rejoiced in the knowledge that Allen made the team better and as a result made them better. When Garnett won Defensive Player of the Year the two other superstars didn’t become jealous or worried about whether their “legacy” would now be weaker in comparison, they knew that his strength made them better.

Ubuntu powered the Celtics to their first championship in 22 years and their place among the greatest teams of all time (I am a Celtics fan, by the way…). The principle was so instilled in the team that it was featured on their championship ring. 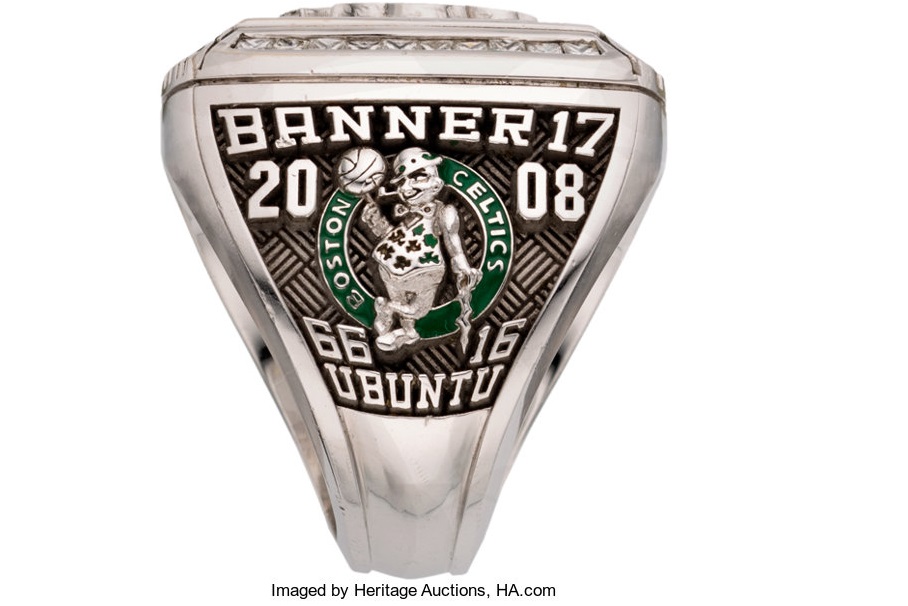 Ubuntu in Life and Sports

There are many definitions and interpretations of Ubuntu. It can mean community, charity, or just general collectivism. In my eyes, the most valuable interpretation is this idea that I do better when you do better, and I fail when you fail.

In life, this lesson has many applications. For example, when your friend does something successful like getting a job promotion the initial gut-reaction at times is to be jealous and think about how you’re failing in comparison and life should be going your way not theirs. It’s this belief that life is a zero-sum game, their win is my loss.

By applying the principles of Ubuntu there’s this uplifting revelation that their win is also my win. Their happiness is my happiness and as a “greater whole” we are now better. It’s the switch from bitterness and jealousy over their success to gratefulness and appreciation.

In sports, the principles of Ubuntu are amplified. At times being on a team can definitely feel like a zero-sum game and it’s hard to break out of that. Just recently I was reminded of a quote from Jon Gruden in Hard Knocks that exemplifies this,

In other words, in order for me to succeed I need you to fail, I need your dream to end. Do I agree with this statement… it depends. Training camp is a competitive environment. You’re competing for your position, for your spot on the team, for your dream to be achieved.

But in my mind, this internal competition isn’t a direct contradiction of the principles of Ubuntu. During training camp. I’m here to compete and that means beating someone but the reasoning behind why you are competing becomes important.

As Mandela put it, “Ubuntu does not mean that people should not enrich themselves. The question therefore is, are you going to do so in order to enable the community around you, and enable it to improve?”

It’s a delicate balance at times.

When it comes to applying Ubuntu to the season as a whole I encourage you to take a look at Doc Rivers’ Episode of The Playbook on Netflix where he goes in-depth on how he applied Ubuntu in his coaching throughout the season.

The principles of Ubuntu have the potential to accelerate anybody on their path to excellence. From South Africa to the Boston Celtics Ubuntu has the potential to bring together a divided group and create a better outcome than any individuals could achieve on their own

Thanks for reading! If this discussion interested you consider signing up for our email list below to get weekly updates on the latest blog posts and early access to our performance app!

The 5 Ways to Improve Athletic Performance

The 5 Ways to Improve Athletic Performance