Picking out what rep/set scheme to use when setting a workout can be a daunting task. How do you know what’s going to be too much and harm the athlete and what’s not enough stimulus to even elicit a response?

Luckily our friend AS Prilepin, Coach of the Soviet Weightlifting squad in the ’70s had the same dilemma. Through data collection, Prilepin came up with a chart that he believed to contain the optimal amount of reps at certain intensities. There’s more than enough controversy throughout the S&C/Weightlifting community as to whether or not the chart should be accepted, so in this article, I am going to look at both sides and find out when, why, how, and if you should implement Prilepin’s Chart into your training.

What is Prilepin’s Chart?

Prilepin’s Chart is a tool that breaks down how many sets/reps should be performed at a given intensity to stimulate a desired physiological outcome while avoiding both over and undertraining.

Soviet weightlifting Coach AS Prilepin came up with this chart during his time with the national team after observing hundreds of his athlete’s training journals. He found the optimal number of reps that will elicit adaptation without the athlete’s technique and power output going downhill.

How Does Prilepin’s Chart Work

While Prilepin’s Chart was created for Olympic weightlifting, many coaches still use it for an athlete’s main lifts due to the powerful nature that these compound lifts should be performed at. Start thinking about what adaptation you are looking to elicit and work backwards using the chart to find what rep/set scheme you should be using.

For example, if you are looking to get stronger in your lifts, find the 90-100% block and you’ll see that the optimal number of reps to be performed in a session is 7. Then look at the reps per set column and set the workout up as 1x7 or 2x4.

If too many reps are performed, Prilepin noticed a significant drop off in both speed and technique while there was little to no adaptation that occurred when not enough reps were completed.

It Lacks Scientific Data To Be Used For Non “Speed Lifts”

Because Prilepin’s Chart was developed using only quick Olympic Lifts (Snatch/Clean and Jerk), it’s hard to tell if these numbers will transfer well to other adaptations an athlete may want, like strength. It’s near impossible to snatch a weight slowly so how are you able to use the same chart with a slower, near-max deadlift? Good question.

I don't believe the chart was intended for this type of use, but it certainly raises a couple of questions as to whether Prilepin’s Chart should be used for non-weightlifting athletes.

Luckily, one particular study that looked at previously trained powerlifters wanted to test the effectiveness of Prilepin’s Chart in building strength through the bench press, squat, and deadlift. Over a 4 week period (about the length of a typical mesocycle) using Prilepin’s Chart as a guide for their programming, the researchers observed an increase of 1RM in every single individual in all of the lifts. (1)

While this is only one study, it certainly proves that Prilepin’s chart can be used for strength training on top of the traditional weightlifting variations when implemented correctly.

There is more than enough research out there showing that many more reps need to be completed in the 55-65% interval than the recommended 24 to see much of a hypertrophic adaptation (2,3). This should make sense considering the fast nature of Olympic weightlifting compared to slow and controlled hypertrophy.

Prilepin obviously didn’t intend for his chart to be used for this type of training but it is an important point to note. 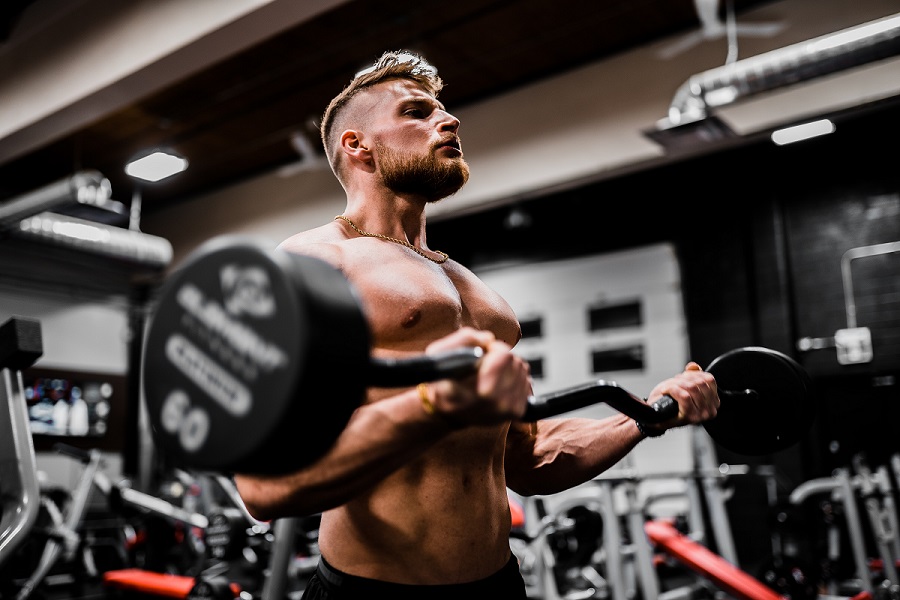 Typically a set while hypertrophy training should be performed within the 8-12 rep range, much larger than the 3-6 reps recommended by Prilepin’s Chart while at 60% 1RM.

The Ranges Are Too Broad

Think about your 99% 1RM in your Bench Press compared to your 90%. Using some guesswork you can assume that the higher percentage you are doing, the less reps should be performed, but this continues to be a criticism of Prilepin’s Chart. Perhaps if there was a further breakdown within each percent range it would be more practical to use.

Is a novice lifter going to be able to maintain the same power output as an Olympic Weightlifter for the same amount of reps? Probably not. It doesn’t make a ton of sense to use the same chart across the board regardless of skill level. While Prilepin probably wasn’t intending for his chart to be used by novice lifters, this has been one of his chart’s biggest criticisms.

The Chart Is For Weightlifters, Not Athletes

As a Coach, this is my biggest question mark about Prilepin’s Chart and if it should be used with athletes who compete in sports other than weightlifting. An American Football athlete is going to reach a state of overtraining and fatigue much quicker when doing a full workout after coming from a 2-hour practice than a weightlifting athlete who only has to worry about lifting heavy things.

This needs to be considered when applying Prilepin’s Chart to sport-based athletes, and should constantly be monitored.

When To Use Prilepin’s Chart

It seems like we went over an overwhelming amount of negatives to begin with, but I do still think there is a time and place to use this chart for athletes.

During The Powerful Lifts of a Workout

Prilepin’s Chart was made to measure power drop-off and breakdown of form during quick lifts. If your athletes are starting off with a lift like a hang clean, it’s probably a good idea to follow some of the trends in the chart to elicit the response you are after.

Like I said before, you have to make sure the volume isn’t too high to overtrain your athletes, but Prilepin’s Chart can definitely be a helpful tool in this situation to build some structure to your speed lifts.

The risk of overtraining during the off-season is much lower than in-season due to the lack of practices and games. It’s appropriate to use Prilepin’s Chart at this point in the year for speed lifts and potentially test out some strength means.

I do believe that there is a time and place for Prilepin’s Chart to be used. Like pretty much everything else in coaching, it’s super important to be specific as to how and why you are going to use it. I will continue to use it for speed lifts in my athletes like the hang clean and snatch, but will closely monitor the effects to prevent potential overtraining.

Prilepin’s Chart is another piece of information that Strength Coaches can choose to draw from, but should be carefully and meticulously used for athletes.

If you enjoyed this article and want to continue to support our team at Sled Dog Development, please scroll down and subscribe to our newsletter to ensure you never miss out on a blog post that could make you better.