Breathing is obviously one of the most important things we do thousands of times a day, but most people don’t realize the true power breathing has, especially for athletes.

Certain breathing techniques have the power to put you in a flow-state, help you perform at your best, as well as actually give you control over your autonomic systems (temperature, immune system, instincts) ...at least according to an incredibly smart but crazy dude in the Netherlands.

In this article, I’ll be going over 3 powerful breathing techniques that you can use to maximize your recovery, mindset, and overall athletic performance.

We’ll start with some of the simpler techniques that you might’ve heard of like “deep belly breathing” or “box breathing”, and then we’ll dive into the wild stuff with “Wim Hof Breathing” and learn how to control our bodies instinctual responses with just breathing.

What is Diaphragmatic / Deep Belly Breathing?

Diaphragmatic or deep belly breathing is a technique used to enter a parasympathetic state (“rest and digest”) following a stressful experience or sympathetic state (“fight or flight”) (1) by taking long deep breaths at 5-7 breaths per minute instead of the usual 12-14 and engaging your diaphragm.

Specifically, deep breathing is when your diaphragm contracts during inhalation creating more space in the chest cavity allowing for more air to enter the lungs during each breathe. We are born with a natural ability to utilize diaphragmatic breathing but we lose the habit as we get older. (2)

Why do we want to be in a parasympathetic state as quickly as possible following exercise?

After a tough workout your body will be in a sympathetic state, during which minimal recovery and adaptation can take place (3), so it makes sense to get into that parasympathetic state as quickly as possible to begin tissue repairs and start reaping the adaptations of your workout. 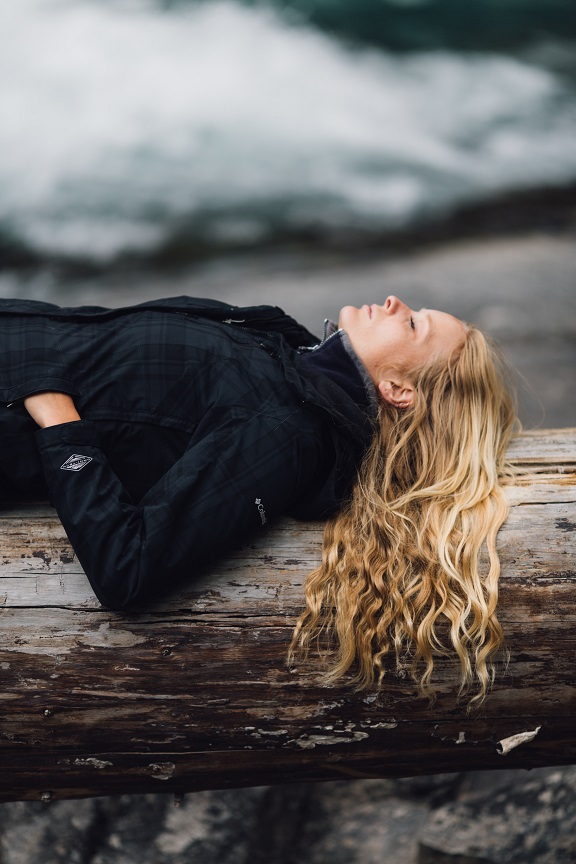 How To Do Diaphragmatic / Deep Belly Breathing

I like to do my diaphragmatic breathing immediately after I finish my workout for about 10 minutes to fully reset and enter that parasympathetic state. It’s a pretty simple exercise as it requires no equipment outside of potentially a mat.

What is Box Breathing?

Box breathing is a simple technique that can be used in stressful situations to manage nerves and force your body to relax. Made popular by its use by the Navy Seals, its applications have been brought to the sports world in recent years with users like Aaron Rodgers performing box breathing before and during games to remain in the ideal mental state to perform.

How To Do Box Breathing

Like a box with equal sides, each section is the same length of 4 seconds. 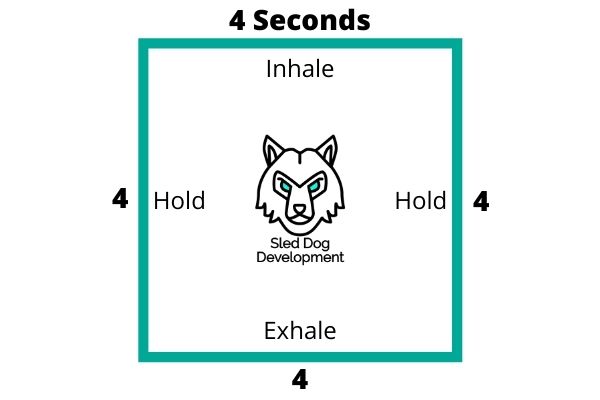 I love this technique as I can utilize it as soon as I feel myself getting worked up or nervous, without any need for a lengthy setup (or laying down in the middle of a game with my hands on my chest and belly).

5 mins before game time and my heart is starting to pound? Box breathing.

About to make a presentation in front of my classmates? Box breathing.

Walking onto the field for a game-winning drive with 2-minutes on the clock. Box breathing.

The effect is immediate. After box breathing just once, your heart rate begins to fall, the nerves fall away, and the mind clears.

Follow this gif to hit the right amount of time while box breathing.

One adaptation that I heard on Ben Bergeron’s podcast Chasing Excellence is to exhale for 6 seconds instead of 4 seconds. He learned of this adaption after speaking to a Navy Seal team.

The principle of this adaptation to box breathing is that it forces your body to expel more carbon dioxide than the regular technique. This increased carbon dioxide expulsion will lower your heart rate even more, creating an even greater sense of calm. 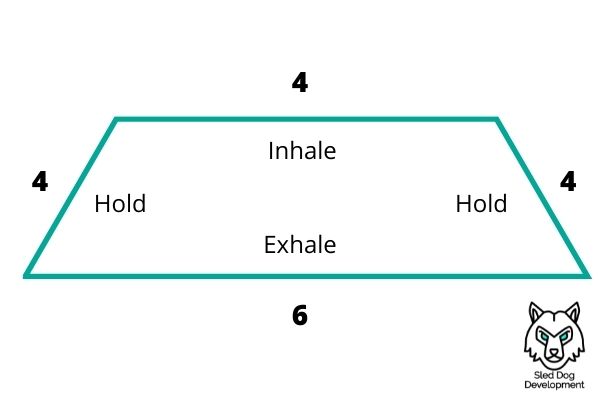 It does mess up the aesthetic of box breathing though… trapezoid breathing definitely isn’t as catchy.

Try out box breathing or “trapezoid breathing” the next time you’re feeling nervous, and feel your heart rate fall and your mind clear.

A large amount of the information in this section is adapted from the Wim Hof Method Website Page “Wim Hof Method Breathing”. I have a tremendous amount of respect for Wim Hof and his team and want to properly communicate the respect I have for their work. If this section interests you, I highly recommend giving their article a full read-through and checking out the entire Wim Hof Method.

What is Wim Hof Breathing?

By performing “controlled hyperventilation” using Wim Hof’s breathing technique your body will expel the majority of its carbon dioxide and be flooded with oxygen. 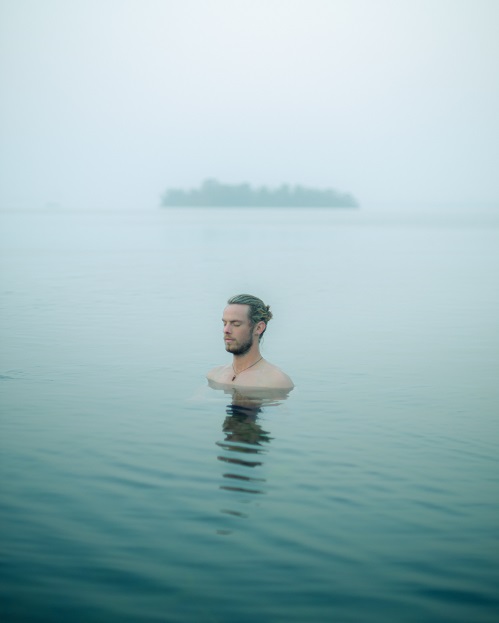 Several things will happen to your body after flooding it with oxygen:

1. Without the presence of as much carbon dioxide your nervous system will not send out the signal to breathe in allowing you to hold your breath for significantly longer.

3. After taking the final breath in Step 4 your blood will regain its acidity and release its oxygen, positively stressing your body at a cellular level.

4. As a result of this stress, your body will send a signal to go into a sympathetic state increasing energy release.

All of this positive stress will strengthen the pathways necessary to deliver oxygen to your body by “increasing red blood cells, increasing lung capacity, improved circulation and improved metabolic efficiency over the long term.”

How To Do Wim Hof Breathing

Repeat this cycle 3 to 4 times without any rest in between. Feel your body getting energized. You may feel a buzzing sensation in your hands and feet, this is normal so don’t worry.

I like to do my Wim Hof breathing exercises first thing in the morning to wake up my body and get locked into the day at hand. Give it a shot yourself as it truly is a unique meditative experience.

Breathing is more powerful than we realize. From entering a relaxed recovery state by doing diaphragmatic/deep belly breathing, to calming our nerves in even the most stressful situations with box or trapezoid breathing, to energizing our bodies and reshaping our cells with Wim Hof breathing, breathing is a powerful tool that should be developed by every athlete.

I’d recommend you try out these techniques yourself as soon as possible. Personally, I roll with Wim Hof first thing in the morning, deep belly breathing after every workout or practice, and box breathing whenever I enter a stressful situation and feel the need to calm down.

Thanks for reading! Check out Sled Dog Development on Instagram @sleddogdevelopment

The Importance of Neck Training For Athletes

The Importance of Neck Training For Athletes

How to Improve Athletic Performance