Impact of Posture on Athletic Performance and Overall Health

I never understood the constant nagging to fix my posture from those around me, and come to think of it, I’m not sure they did either. I know this because I’m sure that if they understood the importance that good posture has on health and athletic performance, there would be a lot more nagging!

Not only does excellent posture determine how well your internal organs function, but athletes can actually increase their height and performance in sport using the techniques within this article. Let’s start off by finding out what exactly good posture is.

What is Good Posture?

Perfect posture is one in which the toes, knees and thighs point straight forward, there is natural, not excessive curvature of the lumbar, thoracic and cervical spine, the shoulders and shoulder blades are down and back, and the head sits overtop of the shoulders, not in front of them. Imagine a string attached to the crown of your head is pulling up, elongating your spine and placing your head directly overtop of your shoulders.

Posture isn’t, however, a rigid position in which you stand straight and stable, appearing to be in a militant position. Posture should be developed dynamically so that it is ready to be used and maintained during sporting events in the most crucial of moments. 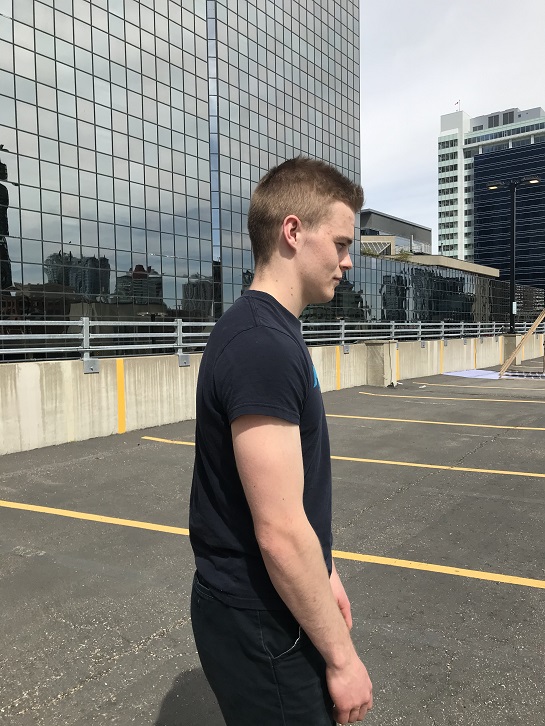 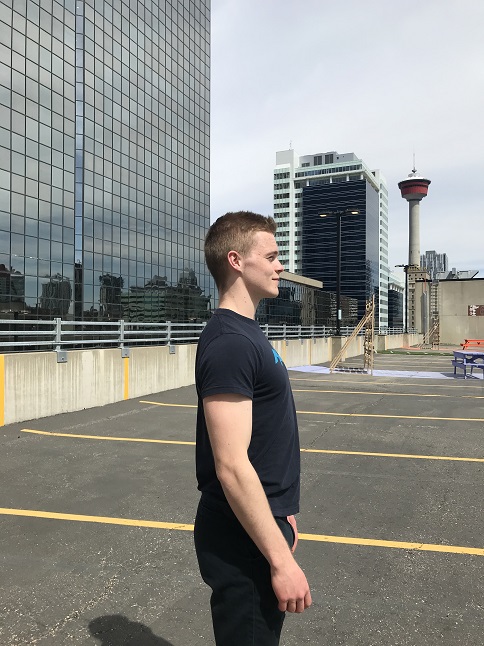 Effects of Posture on Athletic Performance and Overall Health

Maintaining good posture is important because it keeps the internal organs set in positions for them to work optimally. For example, in individuals with an excessively arched lumbar spine (low back), the intestines are shifted out of their regular placement and instead press against the abdominal cavity, interfering with the efficiency with which the organ carries out its tasks. This has huge effects on energy resource delivery and will affect how long exercise can be carried out.

Another example is seen with excessively rounded upper backs and shoulders. The chest cavity is now smaller making the lungs incapable of filling with maximum amounts of air. Obviously, this is detrimental to performance in high-level athletes that need to take in all of the oxygen that they possibly can.

Think of your body as a hose. The straighter the hose, the more water is able to freely flow through it. As soon as there are kinks in the hose, water delivery becomes much more difficult. Your blood vessels are just like the hose in our example. Our bodies have systems in place to optimally deliver nutrients, but when obstructed by poor posture these systems are negatively altered.

As you will learn further along in this article, poor posture is often the result of weakness in the muscles that keep the trunk erect. Having a strong core is crucial for efficient limb movement. Take running for example. An athlete with a weak core won’t be able to have as strong of a push-off or knee drive making them slower overall. As well, rotary movements will likely become present instead of straight forward/backward motion making the whole motion inefficient (see photo below). 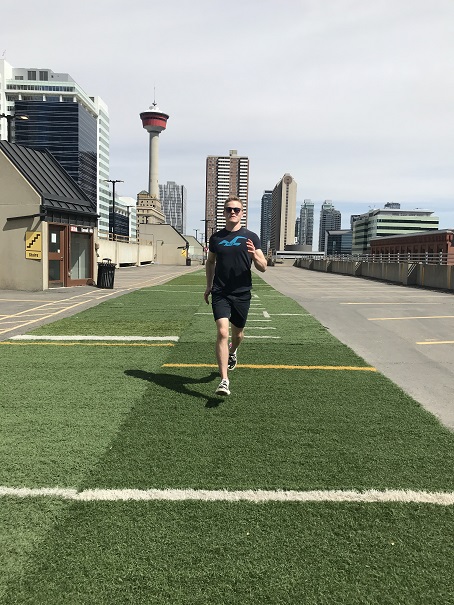 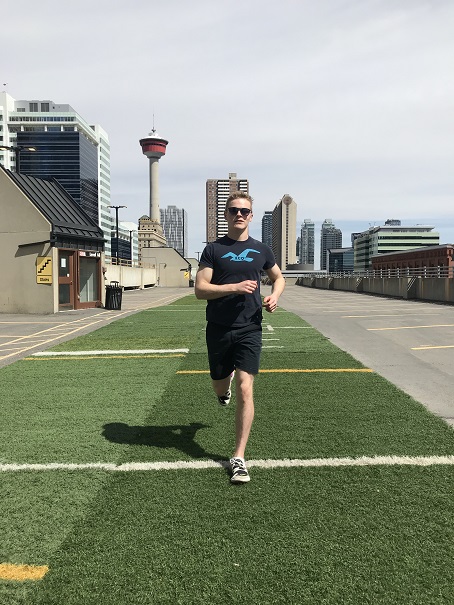 Legendary Biomechanist and Sport Performance Trainer Dr. Michael Yessis says that there is a straight-line relationship between posture, sports performance and increasing body height in his book, Build A Better Athlete (Amazon link).

Because of the aforementioned improvements in circulation and respiration as well as an increase in neurohormonal regulation and growth hormone secretion that occur during exercise, there is an increase in the size of muscles, bones, tendons, ligaments, and blood vessels. These changes contribute to harmonious growth of the entire body, including the upward direction.

As somebody who used to have terrible posture, I can tell you firsthand that the injuries that come with it are no fun at all. I have had two herniated discs in my young life, both of which led to painful pinching of the surrounding nerves. If you are interested in learning more about herniated discs and how they lead to massive amounts of pain feel free to read this short article on them. Just know that this problem was caused by poor posture and fixed immediately with a conscious effort to fix the way that I move.

Poor posture leading to improper alignment can also result in additional strain and effort in some ligaments and muscles usually due to the extra rotary movements created due to inefficient movement patterns . This extra strain often leads to poor technique and sometimes the tissue is stressed beyond its limits and results in injury. You are no good as an athlete when sitting on the sidelines not playing.

Try Not To Fall Into The Desk/Phone Trap

I get it, you work an office job or are a full-time student-athlete and can’t avoid the desk. This is where your discipline gets tested the most and you have the greatest chance to grow from the experience. Phones and computers are where most postural deficiencies stem from. Forward head lean, hyperflexion of the cervical spine and rounded shoulders are the typical resultants from spending too much time looking down at your phone or computer and can have drastic effects on health and performance.

If possible, find (or build) a stand-up desk that you can perform a majority of work at. By looking forwards instead of down at screens, your upper torso is immediately put into better postural alignment. Try and limit time in compromising positions and actively try and correct your posture while working. 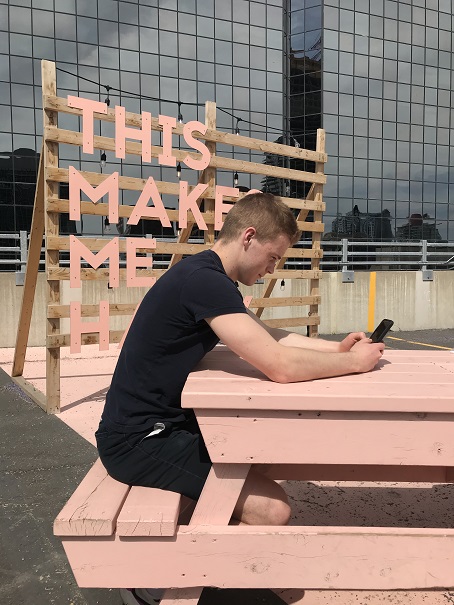 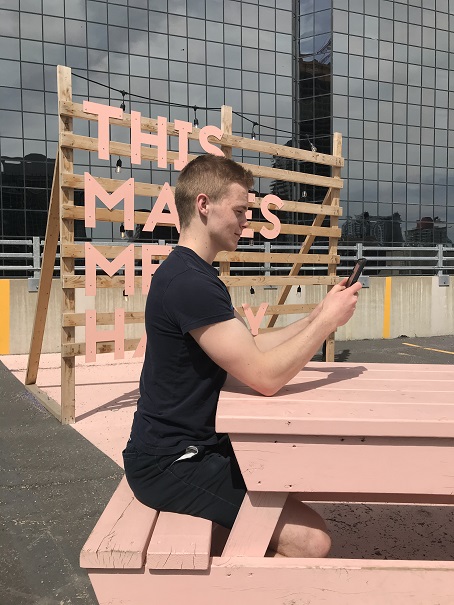 By looking forwards instead of down at screens, your upper torso is immediately put into better postural alignment

Poor posture often stems from a simple muscular deficiency in particular areas. If we strengthen areas that affect posture we can limit the net negative effects that poor posture has on our body. The abdominal muscles should be strengthened as well as all of the muscles in the posterior chain of the torso (upper/lower back and neck). This will help correct the forward head and rounded cervical spine/shoulders previously talked about.

Strengthening these structures is crucial for static posture, but more importantly, to be able to keep a strong posture in dynamic, competitive situations.

Like most of the topics discussed on this website, it all comes down to discipline. Catch yourself when you know that your posture is lacking. Let those around you know that you’re trying to fix your posture and encourage them to correct you when they notice poor posture. When I was suffering through my herniated discs and had to fix my posture I took some KT Tape and literally held my shoulders back into the correct posture. It was painful when I forgot and got a harsh pull back into position but it sure as heck worked.

There was also a three-month span when I had to sleep on the floor with a towel under my lumbar spine. I couldn’t turn to sleep on my sides or move my body at all for that matter. If this isn’t enough evidence to suggest that you fix your posture today then I don’t know what is. I was 17 years old by the way… It can happen to anyone.

Good posture is important for athletes to increase body size and overall performance in sport while decreasing the risk of injury in both static and dynamic environments. Posture can be the difference between athletes winning and losing and should be treated with as much respect as any other aspect of training.