The Athlete's Guide To Foam Rolling

There’s a good chance that if you’re on our website you’re an athlete. And if you’ve played sports or even just gone into a sporting goods retail store within the past decade you’ve probably seen a foam roller laying around and maybe even used one.

Lots of people (including myself for many years) aimlessly use a foam roller with no real rhyme or reason as to why they are doing it. In this article, I am going to dive deep into how foam rolling works, how to use a foam roller, and if/when you should be utilizing foam rolling to maximize your performance.

What is Foam Rolling?

Foam rolling is a form of self-myofascial release that is used by athletes all across the world in an attempt to enhance their performance and recovery. Pressure applied directly to tight muscles can increase their range of motion and reduce the soreness felt after exercise. 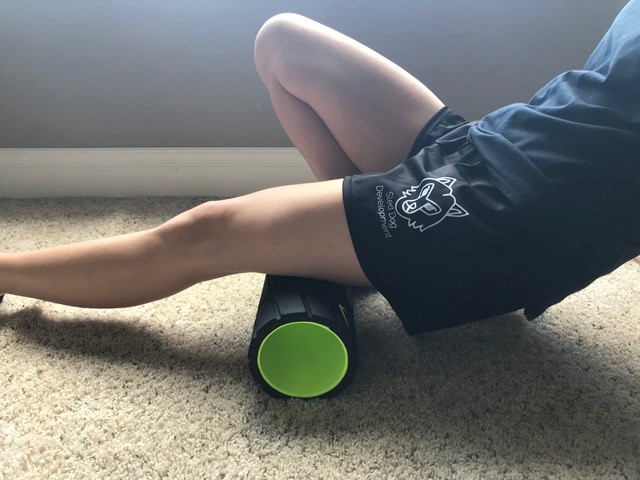 What Does Foam Rolling Do?

There have been plenty of studies on the effectiveness of foam rolling while measuring a couple of different qualities. However, it is still relatively unknown as to what exactly is happening inside of the body during the process. Here are a couple of theories as to what foam rolling does before I explain how the simple act can affect your performance. Keep in mind that these theories aren’t mine and are instead from people who are way smarter than me and have studied this stuff for many years.

This is the theory in which the term “self-myofascial release” stems from. It’s important to understand what fascia is before being able to release it using foam rolling.

Fascia is pretty much the casing that surrounds everything inside of your body. Each muscle and nerve fiber, organ, and bone is surrounded by this sausage-like casing. Usually, the muscle fibres use this fascia to slide smoothly beside each other and actually connect the muscle to bones and tendons to allow movement to take place.

This is all great until tension or adhesion points are formed. Usually, the fascia slides well next to each other, but sometimes these particular points are created and the elasticity within the fascia is lost. The theory is that tissues become more mobile when these points have pressure applied directly to them, and this has been proven...but only by a professional who knew the exact points that they were looking for, not a piece of foam. Nevertheless, the theory should still hold true if proper methods of foam rolling are applied.

Physiologist Lewis J. Macgregor explained another popular theory behind foam rolling saying that the muscles or fascia aren’t actually being released while foam rolling, rather, it’s the receptors inside of these structures that feel the pressure and send signals to the brain to “release” the muscle. Both releasing theories make sense and have reason to be believed until further evidence is presented.

Perhaps due to some combination of the previous 2 theories, research shows that the use of foam rolling significantly increases a joint’s short-term range of motion without sacrificing any muscular performance. (1) The new range of motion after a foam rolling session can be used for better movement patterns throughout a workout or sporting event, in turn decreasing the risk of injury.

Foam Rolling Before Exercise May Warm Muscles Up

While there are no physiological performance benefits that foam rolling before exercise creates (2), the friction created due to the movement of a foam roller will create that ‘warm’ sensation that is felt after a rolling session. This may have an even greater psychological effect for an athlete than anything as they will feel more prepared to step out onto the battlefield post foam rolling.

Depending on what aspect of performance you are currently working on, your muscles typically feel sore after exercise. Foam rolling has actually been shown to reduce the effects of this delayed onset muscle soreness allowing for more, higher-quality exercise to be performed in a similar period of time. (3) Foam rolling should be performed post-exercise to elicit this response.

How to Use a Foam Roller

We actually have a 10-Minute Full-Body Foam Rolling Routine already posted on our website so I’m not going to stress the details of each body part. Instead, after reading that post, I will leave you with a couple of suggestions as to effectively using a foam roller.

First off, breathe. Sounds simple enough but it’s easy to get caught up in the different sensations of foam rolling and lose the rhythm of your breath.

Next, isolate tender or “tight” spots and gently roll back and forth on these spots even applying static pressure on some of these spots. Typically, these areas are the adhesion spots between the fascia and must be worked out.

If you are undergoing large amounts of pain while foam rolling, there’s a very good chance that you’re rolling areas that probably shouldn’t or don’t need to be rolled. There’s a common misconception that if foam rolling is painful it is working, but your body doesn’t just send you pain signals for fun, there’s probably a good reason to stop.

A great example of this is while rolling the IT band that runs on the outside of your thigh. The IT band is connective tissue, not muscle, and has no reason to be foam rolled. This is a waste of time and will elicit no positive response, just pain. If you are experiencing pain or tightness in the IT band, there’s an extremely high chance that these sensations are stemming from the hips. Instead of rolling the band itself, work into the hip region with either a roller or lacrosse ball to free up the below regions. 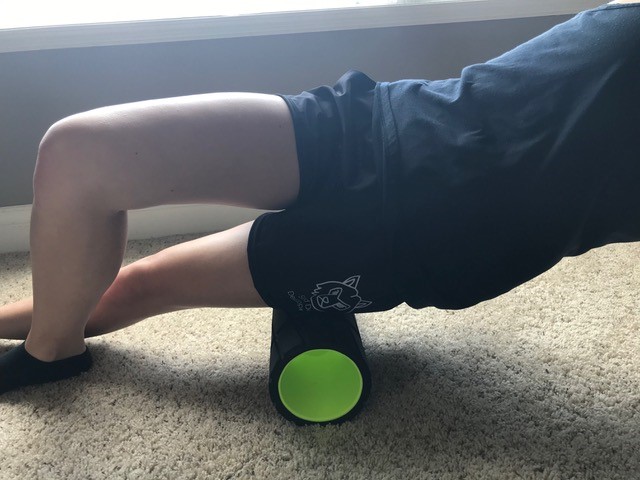 There is no reason to foam roll your IT Band. Instead, focus your time on hitting tight muscles 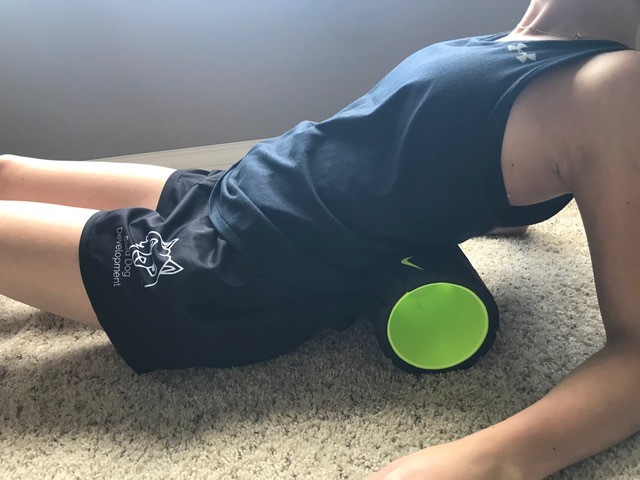 Rolling the lower back may cause temporary relief, but will usually result in drawbacks that far outweigh the potential benefits

At the end of the day, there is no reason foam rolling should be painful. The best recommendation I can give you is to only foam roll your muscles, not joints or connective tissue, and to constantly listen to your body, it’s probably telling you something important.

Should I Foam Roll?

Foam rolling is an excellent tool that should be utilized by athletes both before exercise to increase the range of motion and prepare the muscles for the incoming stimulus, as well as after exercise to decrease the amount of soreness that is coming their way. Foam rolling is safe when procedures are followed and will give an athlete a significant advantage over their competitors.

Make sure to subscribe to our newsletter down below and follow us on Instagram @SledDogDevelopment to never miss out on a chance to up your game.

The Importance of Electrolytes for Athletes

The Importance of Electrolytes for Athletes